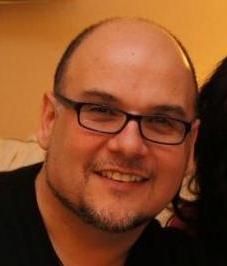 David was saved at the age of five and has been involved in music ministry since age eight. He has tried, albeit unsuccessfully, to “retire” from worship ministry, but in 2011, he realized his life-long dream of music evangelism when Dapstep Ministries was born.

A native of San Francisco, David graduated from the University of San Francisco with a degree in Public Administration and received an MBA from St. Mary’s College in Moraga, CA.  David declares unashamedly that our Heavenly Father is the GOD of RESTORATION and it does not matter where you are on your journey. God wants you just the way you are – and He wants you now!

David lives in Martinez, CA with his husband, Emmanuel. 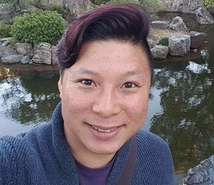 Daniel was invited to become the Spanish Language Ministry leader at Dapstep Ministries even before he visited his first Dapstep Service.  His appearance might be puzzling since he is from Peru, speaks fluent Spanish, but is of Chinese and Japanese heritage.  However, Dapstep Ministry leaders were and are convinced that Daniel was hand chosen by God to lead this crucial ministry as we become a bilingual, Spanish-speaking church.

Daniel came to the Lord in 1997 after being “misled” into attending an all-night vigil where the Lord proved He is a God of restoration.  Soon afterward, he found a love for and became active in ministry, even serving in the pastorate, until being forced to leave when outed to his church.

Even though Daniel came to know the Lord in his early adulthood, his heart and passion for the Lord competes with the most mature Christian.

Daniel was ordained to the Ministry in October of 2017 and serves as Pastor of Dapstep Ministries. 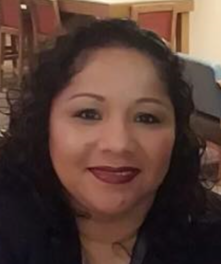 Claudia joined Dapstep Ministries in the Summer of 2016 as we began Dapstep 2.0.  Claudia is originally from Chinandega, Nicaragua, and met the Lord in the same Baptist Church where David Medina served in his early life.  In fact, they’ve known each other since their early teens.

Claudia is the embodiment of a woman with a servant’s heart; but this is not a mystery.  Claudia’s parents were faithful servants at Primera Iglesia Bautista del Sur in San Francisco for many years and Claudia’s mom has always been instrumental in fellowship ministry.  Now, Claudia lives her mother’s example preparing the Lord’s Table, and organizes the “Hygiene Bags for the Homeless” project, our very first and exciting yearly community service project.

Claudia has become such a vital, integral part of Dapstep Ministries that it became obvious, very quickly, she would become part of our leadership.

Claudia lives in Pinole, CA.  She has four children. 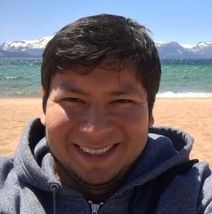 Danilo came to Dapstep Ministries through his roommate and best friend, Pastor Daniel Kuan.  In fact, Danilo was part of the youth group when Pastor Daniel was ousted so many years ago in Peru.  Their friendship is ageless.

Anyone who meets Pastor Daniel and Pastor Danilo immediately believes they are brothers; and in essence, they are.

In the last few years, we’ve seen Pastor Danilo balances his responsibilities while participating in worship; Danilo is a true worshipper. He is the classic example of one who comes prepared to enter into the Holy of Holies.

Pastor Danilo was ordained to the Ministry in November 2019.  Pastor Danilo lives in Berkeley, CA with his fiancé, Miguel.